If you spend some time reading the articles on my site, or just reading in general, it seems that we’re all starting to understand just how important it is to get a good night’s sleep. Mainstream media is giving sleep a lot of coverage, and the healthcare system is starting to really focus on sleep medicine, both from conventional and alternative perspectives.

This is all good news but I’m still amazed at how many of my new patients have problems sleeping. I guess that all the publicity around sleep is making people more aware of how their health could be affected by constant bad sleep. That’s translating into increasing numbers of them looking for a way to improve their sleep.

There’s an aspect of the sleep equation that isn’t all that well known – lack of sleep can affect your weight, causing you to gain unwanted pounds over time. In addition to all the other health concerns, this symptom will be more than a little alarming to many of my readers. 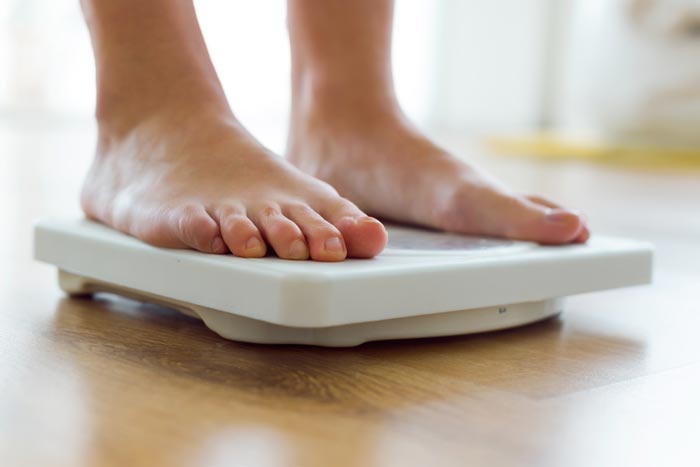 Forget about fat-shaming – this isn’t that kind of article, and I’m not that kind of person but it’s widely accepted that being overweight isn’t the way to optimal health. It’s also safe to say that weight loss and weight control are a huge part of the day-to-day lives of so many of us. Counting calories, watching what we eat, trying to find time to exercise in our busy lives, and other weight-related issues are something many people deal with on an ongoing basis.

So having your weight be affected by the quality of your sleep could be a very big deal. Imagine doing everything right in terms of exercise and nutrition and still not getting the results you’re hoping for.

The Research Is In

An increasing number of studies are showing that poor sleep and sleep disorders are linked to weight gain.

For example, a study in the International Journal of Obesity conducted by a group of scientists from the University of Helsinki looked at close to 6,000 middle-aged women. They found that the ladies who had problems with sleep were far more likely to also have issues with their weight than their peers were able to sleep for the recommended eight hours a night.

Another study run by scientists from the University of Colorado Boulder, found that men who were forced to sleep for a mere five hours a night gained two pounds in just one week. That’s shocking when you think about how many of us consider five hours of sleep to be an okay night of rest.

Many medical professionals who deal with sleep apnea patients report that a high percentage of those patients are overweight. In the past, the theory was that being overweight caused the sleep apnea in the first place, and of course there is a correlation in that regard. However, the possibility that the sleep problems caused the weight gain can’t be ignored. Simple biology tells us why.

Why Does Sleep Affect Weight Gain?

Well, it can be as simple as bad sleep leading to a general sense of tiredness and fatigue. That often translates into being much less motivated to do any kind of physical activity, or even to take time to eat healthy meals. Any parent knows the feeling. When you’re sufficiently sleep deprived, finding energy for a workout can seem impossible. Of course, the thought of cooking something nutritious can seem equally unlikely. So you end up slumped on the couch after work, while waiting for your take-out pizza to arrive.

Repeat that pattern for long enough and you’re sure to put on some pounds. Your overall health is probably going to suffer too. And that weight gain can lead to a worsening of any sleep disordered breathing problems you may have, potentially leaving you with full-blown sleep apnea.

It’s a Chemical Process Too

Long-term sleep deprivation can lead to imbalances within the body that can affect your metabolism and hormones. Key hormones that relate directly to weight management include two appetite regulators, leptin and ghrelin, along with insulin, which balances your blood sugar.

Lack of sleep can lead to your body starting to resist or even block insulin’s efforts to move glucose into your cells. This means that your ability to manage blood sugar is affected.

These compromised insulin levels can then lead your body to produce less of the hunger-regulating hormone, leptin.

To put it simply, leptin is the “STOP” hormone! It’s released to tell your body when to stop eating because you’ve had enough. With less leptin in your system, you’re more likely to overeat and that’s bad news in itself. But then your body will also start producing leptin’s cousin, ghrelin, in higher than normal amounts.

Ghrelin is the “START” hormone. It’s the reverse of leptin in a way because it’s released to tell us when it’s time to eat. Having extra ghrelin in your body equals a stronger desire to eat more often.

Lack of sleep equals unbalanced blood sugar (the same as being diabetic at a much lower intensity), plus the desire to eat more food, more frequently. In all likelihood, you’ll also be too fatigued to exercise. Then there’s the fact that poor sleep also means that you’ll be under more stress. Being stressed means more of the stress hormone cortisol in the body, and that among other less than helpful things, is a signal to the body to store fat.

It really is a vicious cycle!

So is it any wonder that weight gain can be a problem when you’re not sleeping all that well?

If you think any weight gain issues might be caused by your sleep. the first and best step is to find out if you do in fact have a sleep disorder, and if you do, just how bad it is. The way to do this is with a sleep study arranged by a doctor who practices sleep medicine. Once you have that information, you can make the best kind of informed decision about how to proceed.

If you’re just having a bit of a tough time sleeping at the moment, then it would be a very good idea to do what you can to fix that. Practicing effective sleep hygiene is a great way to get started. I’ve written a few articles on the subject on this site:

Caffeine and How It Affects Your Sleep

I’d love to know if you have any thoughts or experiences related to this subject, so please leave a comment below. Also, if you’d like to schedule a free 30-minute Skype assessment so we can take a look at how myofunctional therapy could help you or your loved ones get a better night’s sleep, please feel free to get in touch right here.