The fact that sleep deprivation affects memory shouldn’t come as a surprise to anyone who’s brought a baby home from the hospital. The chronic lack of sleep involved in raising an infant can easily leave parents feeling as if they’re in a perpetual zombie-like brain fog. In this state, remembering even the most regular and mundane tasks can seem like an impossibility. 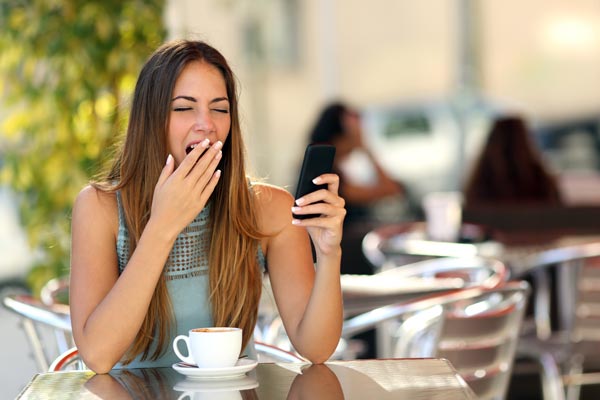 It’s not only parents who can experience this feeling. A few days of jet lag can have exactly the same effect. But what about people who have problems sleeping because of sleep disordered breathing?

When conditions like this are left untreated, it’s possible for the effects to continue for years and even decades. Sadly, sleep disordered breathing is often undiagnosed, and in addition to the effects on memory and cognition, there are a host of other health problems, which I’ve covered in this article.

What’s most interesting about the study is not that it confirms that sleep deprivation affects memory. We already knew that. It’s actually that the study showed just how badly the participants’ memories and subsequent ability to complete tasks were affected.

After 24 hours of sleep deprivation, participants were far more likely to fail at a task that they’d been able to complete before they were sleep deprived.

The overall effects of sleep deprivation on memory are much worse than was originally thought. So much so that the researchers concluded the following:

“The results suggest that sleep-deprived individuals should not perform procedural tasks associated with interruptions and costly errors—or, if they must, they should perform such tasks only for short periods.”

That’s quite a bold statement but it makes a lot of sense. One of the simplest tasks many of us do on a daily basis is driving. Sleep deprivation substantially increases the risk of motor vehicle accidents. So, with disturbed sleep, we’re unable to complete even this familiar task.

People who are sleep deprived are also more likely to be distracted and taken off task by something like a text message or a brief interruption. They’ll then find it more difficult to get back on task than they would if they’d had a good night of sleep.

This is further evidence that anyone who suspects they may be suffering from sleep disordered breathing should see a doctor or dentist specializing in sleep medicine.

Getting a diagnosis is crucial to successful treatment. Once the sleep disorder is addressed, life can be very different. I hear this from the patients in my myofunctional therapy practice on a regular basis. The brain fog lifts and they feel as if they have a new lease on life.