Sleep medicine is defined by Wikipedia as a medical specialty or subspecialty devoted to the diagnosis and therapy of sleep disturbances and disorders.

For the longest time, sleep medicine was seen to be something that was practiced by medical doctors. The perception of many people is that the end result of a diagnosis of sleep apnea or sleep disordered breathing is that the patient gets a CPAP machine, and that’s it.

Many people would also agree that sleep apnea only affects older, overweight men, but that couldn’t be further from the truth.

People are starting to realize that sleep apnea and other sleep disordered breathing conditions can affect a wide range of people. Children and young women alike can suffer from these insidious health problems.

In addition, the link between good sleep and good health has finally been made, and it’s becoming a very mainstream idea. We’re seeing everyone from celebrities to prominent doctors and the mainstream media focusing on sleep. There are sleep books, sleep Apps, sleep accessories, sleep technologies – you name it and it’s out there.

That’s great news because the quality of our sleep is a critical part of feeling vibrant, healthy, and happy.

But there’s another big change happening. The way we treat sleep disordered breathing is beginning to change.

When you’re dealing with sleep disordered breathing, in most cases, you’re dealing with an airway issue. A CPAP machine that keeps the airway open at night is a tool with potentially life-saving effects. But without addressing and treating the underlying issues that caused the sleep problem in the first place, you’re not actually curing the patient. This is especially true if patient compliance with CPAP isn’t all that high. 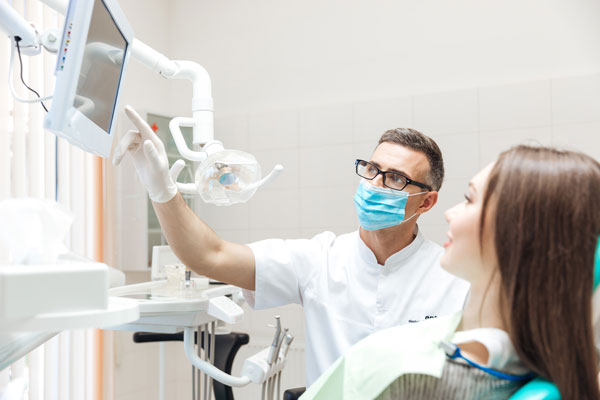 If there’s one healthcare profession that should be familiar with the airway, it’s dentistry. After all, every single time a dentist sees a patient, they’re looking right into the airway. And in theory, dentists see their patients relatively regularly, especially when the patients are children. So, who’s better placed to screen for airway issues than a dentist?

The American Dental Association (ADA) recently released a policy statement addressing this issue and acknowledging that airway health is an absolutely critical part of healthcare.

The policy statement looks at the Role of Dentistry in the Treatment of Sleep-Related Breathing Disorders. It recommends that all dentists proactively screen their patients for sleep disordered breathing. This means that sleep medicine is now also in the dental arena, creating a partnership of doctors and dentists.

With an estimated 90 million Americans suffering from some type of sleep disordered breathing, it’s clear that we really need the extra help.

The Rise Of Sleep Dentistry

It’s all very well to release a policy statement and basically say “Get to it” but it’s clear that the ADA is taking airway health and sleep dentistry seriously.

For example, there was an interesting conference held earlier this year at the ADA Headquarters in Chicago. When a conference is called: 2018 Children’s Airway Health – A Practical Conference, you know exactly what the focus is:

“The Children’s Airway Health – A Practical Conference is a two-day event that will impact your ability to recognize compromised airway health in your pediatric patients and give dentists and their team tools for engaging families in the diagnostic and treatment pathways.”

Leading researchers and clinicians in the field spoke at the conference including Dr. Christian Guilleminault, MD and Dr. Barry Raphael, DMD.

I’m glad to see all these changes starting to happen in the USA but it’s definitely not limited to North America, the changes are happening across the world.

I attended a couple of conferences in September this year that highlighted just how much of a focus there is on the airway as part of sleep medicine and sleep dentistry.

The airway was key at both the IAFGG (International Association of Facial Growth Guidance) Orthotropics Symposium in London, and the AAMS (Academy of Applied Myofunctional Sciences) Congress in Rome. A huge number of internationally-based speakers spoke about a wide range of topics including:

Over the course of this past year, it’s become clear to me that there’s a paradigm shift happening.

The research that’ll improve our knowledge of sleep disordered breathing and sleep medicine is being done all over the world right now. And of course, the health professionals at the coalface are changing lives on a daily basis. I’m proud to be part of a wider field that will help millions of people in the future.