When it comes to obstructive sleep apnea and other sleep disordered breathing conditions, the airway is so important. In fact, as a myofunctional therapist, the airway is my main focus.

For my patients with sleep apnea, the emphasis on the airway is based on that one word: obstructive. If the airway is blocked, you can’t breathe. It’s that simple. 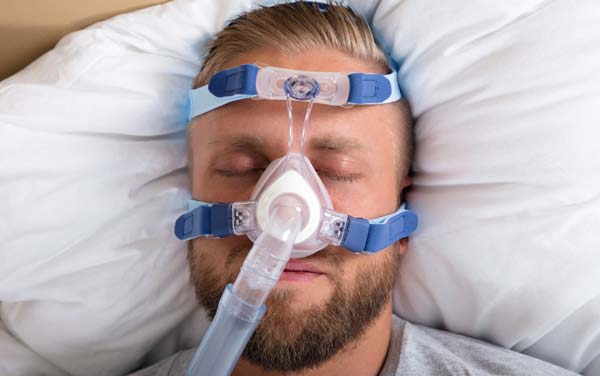 The Role Of The Tongue

When you look into what causes sleep apnea, you’ll often find information that it’s due to issues such as weight, neck size, a deviated septum, or lots of allergies.

That’s true, but the tongue plays a huge role in obstructive sleep apnea. I go so far as to say it’s a massive missing piece in the sleep apnea puzzle.

The problem with the tongue is twofold:

Starting with point number one. Believe it or not, the tongue is actually involved in the development of sleep apnea. How? Well, the tongue is designed to rest in the top of the mouth, filling the palate from front to back. The mouth is meant to be closed and breathing should happen only through the nose.

When all these factors are in place, the tongue provides a natural support structure for the mouth and jaws. Think of it like nature’s orthodontic treatment. It basically guides the growth of the face as we grow up. In an ideal world, we’d also be chewing tough foods as early as possible. Under these circumstances, the mandible and maxilla should be wide and well developed, with plenty of space for all the teeth and the tongue, and most importantly, a nice wide airway.

However, when the tongue rests low in the mouth as we grow, facial development won’t be optimum. Narrow jaws with a lack of forward facial development lead to a narrow airway. When there’s physically not enough room for the tongue, and it consistently rests low, it’s more likely to fall back and obstruct the airway at night. This increases the risk for sleep apnea.

Research shows that children with tongue-ties are more likely to develop sleep apnea. In this case, the tongue is physically restricted. This means it often can’t rest on the roof of the mouth , which of course leads to the problems listed above.

So anything that stops the tongue from resting in its natural position can affect facial development. A mouth breathing habit can set in at an early age, as can a dysfunctional tongue-thrust swallowing pattern. Given enough time, the end result will often be a sleep disordered breathing condition.

As I always tell my patients, the children who mouth breathe grow up to be the adults I see in my practice.

This video explains the airway’s relationship to sleep apnea quite well:

Too many people only associate sleep apnea and sleep disordered breathing with older, overweight men. But this is definitely not the case. Children can suffer from sleep apnea, as can younger, fitter individuals including women, who are prone to have UARS (Upper Airway Resistance Syndrome).

The video below shows a young child who has obstructive sleep apnea. Sleep apnea in children is particularly concerning because as I pointed out in this article, kids are far more sensitive to the effects of poor sleep than adults are. Sleep while we’re growing is incredibly important!

The Airway Has To Be A Priority

Any limitations in the size of the airway will have ramifications at some stage. This is why I believe that intervention has to start early. A mouth breathing habit or a tongue-tie should be addressed as early as possible to prevent any compromised facial development.

Inadequate facial and jaw development should also be addressed early. This is where orthodontic treatment that’s focused on forward facial growth comes in.

And at every age, myofunctional therapy exercises are a must because they’re so effective at helping to change habits, retraining dysfunctional oral and facial muscles, and instilling new behaviors.

The good news is that while early intervention is best, it’s never too late to make changes that lead to increases in quality of life through better sleep.