As I mentioned in this recent post, I really do like a cup of coffee in the morning. I like the ritual of making it, I appreciate the taste and aroma, as well as the time spent just sipping it and enjoying some solitude and peace. Of course, I also value the little kick I get from the caffeine that helps me grab hold of the day and get going.

But I know just how easy it is to become reliant on coffee. When I’ve been burning the candle at both ends for too long, then my early morning coffee is sometimes followed by a late morning cup, with one occasionally being required in the early afternoon as well. This routine definitely doesn’t make for good sleep, so I now make sure that I don’t have more than two cups a day. 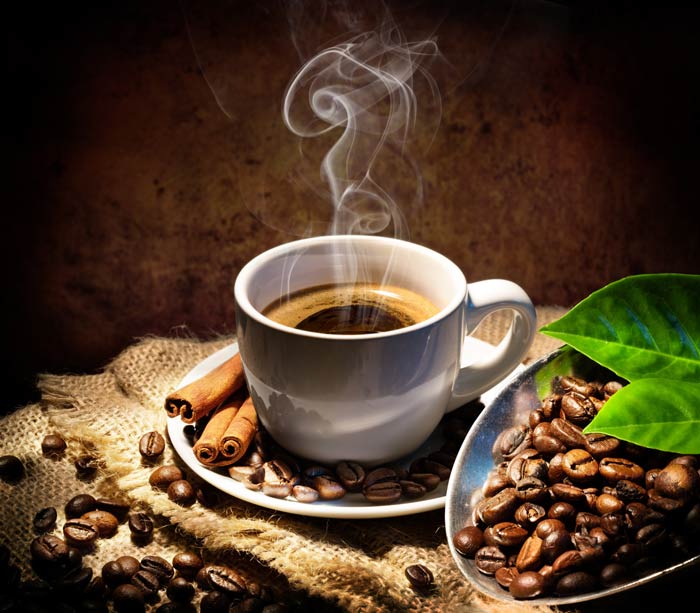 We all know someone who’s apparently pretty much immune to caffeine. They seem to be able to drink coffee and energy drinks whenever they like without feeling any adverse effects. But for most of us, caffeine consumption can have real consequences, at least as far as sleep goes. This site is all about helping you to enjoy better sleep, so I’ll answer a few caffeine-related questions.

Caffeine is a central nervous system stimulant (which is why it affects us like it does). It’s naturally found in over 60 species of plants and is classified by the United States Food and Drugs Administration as both a drug and a food additive.

How Much Caffeine Am I Drinking?

Most of us get our caffeine from coffee, followed by soft drinks, tea and energy drinks.

The amount of caffeine in these beverages can be surprisingly high. A cup of espresso coffee, say a 12oz Americano from Starbucks contains 150mg, but that jumps up dramatically if you go for a 12oz cup of brewed coffee, which has 260mg. Grab a 20oz “Venti” sized cup on the way to work, and you’ll be drinking 415mg of caffeine, which you’re sure to notice during the day. Drink that at 3PM and you’re likely to end up staring at the ceiling for a good long while instead of sleeping.

Tea is more benign in terms of its caffeine content – an 8oz cup of black tea steeped for three minutes has around 30-80mg. Soft drinks are actually relatively light in caffeine, with a 12oz serving of Coke or Pepsi containing less than 40mg.

Energy drinks and energy shots have wildly different levels of caffeine. For example, an 8.4oz Red Bull has 80mg but a tiny 1.9oz shot of 5-Hour Energy delivers a serious punch at 215mg!

The big problem is that most energy drink lovers don’t stop with one, or if they do, they reach for the bigger 20oz servings. Many of these energy drinks are also packed to the brim with sugar, which can add to the stimulation factor and contribute to sleep difficulties.

Why Does Caffeine Affect Sleep?

Well, as we’ve seen, caffeine is a stimulant, so it can affect the body by raising alertness and making you feel more awake and focused for a while. The effects of caffeine can be felt in as little as 15 minutes but it can stay in the body for much longer than that.

This is because the half-life of caffeine, which is the time it takes for the body to eliminate one-half of the dose ingested is quite long.

In healthy adults, the half-life is somewhere between five and seven hours. So if you load up with 200mg of caffeine at 4PM, you’ll still have something like 100mg active in your body at 10PM. That’s likely to disrupt your sleep. After all, you don’t want any extra mental or physical stimulation precisely when you’re trying to relax and drift off to sleep.

How Much Is Too Much?

The answer to this question depends on a number of factors including bodyweight, age, physical activity, smoker vs. non-smoker, pregnancy etc. but there’s broad agreement that up to 400mg of caffeine a day seems to be safe for most healthy adults.

If you weigh 100lbs though, you’re probably going to be affected somewhat differently than someone who weighs 200lb, so take the 400mg as a guideline rather than a hard and fast recommendation. And that amount is based purely on overall health considerations as opposed to whether or not it could affect your sleep.

Once you get over that level and start moving to 500mg a day or more, you may start to experience side effects including restlessness, irritability and insomnia. None of those symptoms are good news when it comes to sleep, where any small disruption can cause sleep deprivation.

In addition, some people are particularly sensitive to caffeine, especially those who don’t drink it often or at all, and haven’t built up any tolerance to its effects. They may experience symptoms on far less than 500mg a day, so it really is an individual thing. These people should definitely err on the side of caution.

Actually, there are studies showing that caffeine has a number of health benefits ranging from helping to prevent cancer and heart disease to enhancing memory but they generally involve moderate doses.

Ideally, caffeine should be a treat, something that you appreciate and enjoy. If it gives you a bit of a boost, then that’s totally fine – go ahead and grab a cup of coffee and savor it.

However if caffeine is something you can’t live without, then that could be a problem.

If you’re barely functional without a few cups of coffee or a number of energy drinks a day, or if you’re aware that your sleep is being affected but you still need caffeine to get by, then it’s probably time to start seriously thinking about cutting back.

You don’t need to give it up cold turkey, but progressively trying to drink less is a good idea. If you address what’s actually making you so reliant on caffeine, then you’ve got a great chance of never “needing” it again. Instead, you could be just enjoying it when you feel like it, and getting much better sleep as an added bonus.